The generated grid can be closed as a torus, meaning that there is no border nodes will exist, therefore all nodes will have the same degree four or height (cross).

At the contrary of most generators, this generator does not produce only one node when you call nextEvents(). It adds a row and column to the grid, making the side of the square grow by one. Therfore if you call the nextEvents() methode n times you will have n^2 nodes.

A constructor with a third boolean parameter allows to indicate that nodes must have a xyz attribute to position them or not. This is the default behaviour. 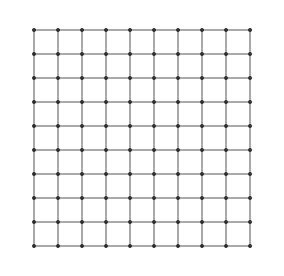 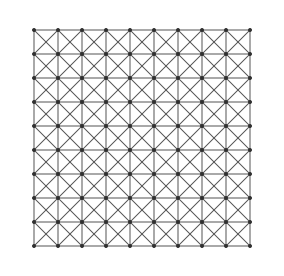 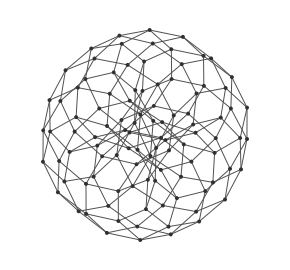 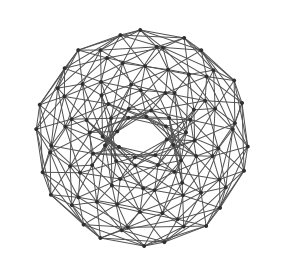 At each call to nextEvents() ((n+1)2)* new nodes are generated with n the size of a side of the grid.

Here is an exemple of use: